A downloadable game for Windows

---BE AWARE OF EPILLEPTIC TRIGGERS AND LOUD NOISES---

What if your reflection was more than just a reflection? What if an entire, disparate world hid behind the mirror and sought you out?

In this horror puzzle game you have to discover the path through mysteriously interconnected worlds.

I spend an hour in the end of this game trying to figure out what to do. Turns out, i broke the game in the end.

I threw the chair into the mirror and it turned into a default unreal engine untextured thing. I couldn't beat the game because of that.

The music sounded out of tempo which made this game really unnerving. That's a plus. It sounds like a midi made by a kid which makes it more unnerving.

Puzzles were simple and the biggest problem was that the game lagged at the lowest settings. Please add lower graphic options for players with bad computers.

I still don't understand the meaning of this game, like a plot twist or something. For me, the plot twist was that everything is an inescapable dream.

Still, i didn't feel like i was in an asylum while playing this game.

For a game jam, awesome. I would recommend you try to develop this game a little bit more.

Thank you for playing and for the awesome feedback :D

After breaking the mirror you were supposed to get put back to the main menu. For some reason sometimes the game just hangs.

And the lag was caused mainly by how the mirrors work.

Thanks again for your feedback and we hope to bring you even better games in the future ;)

Ok, i followed you and i will try to play your next games. I don't think i will get disappointed :D

Thank you very much :D

A very interesting game. I had a bit of difficulty with one of the rooms, other than I thoroughly enjoyed this.

Thank you very much for playing!

Thanks for playing the game ^^

Could you possibly make a mac version of the game?

Thank you for your interest in our game ^^

We are unfortunately not able to port it to mac because an actual mac is required in order to build that version.

For a game jam game it has promise, the mirror effect is pretty cool, and for some bizarre reason I forgot the word used for the puzzle existed. Thanks for releasing this.

Nice game! Keep it up!

Thank you for playing ^^

Thanks for playing. It was fun to watch :D

Interesting game! Would love to see a longer game of this!

Thank you for playing our game. Glad you enjoyed it ^^

Played this for a 3 free indie horror and, I gotta say it's a neat little game and idea, but if given the chance i think it could be much more. Not bad but not great either. I give a full, honest and in-depth review at the end of my video below. Timestamp in the beginning if you wanna skip to the review.

I really appreciate your feedback and it will surely help us make better games.

This was an interesting game.  I don't know if the box was supposed to become gigantic but I figured it out nonetheless!

Thank you for playing our game :D

The box should have been staying the same. We just had no time to fix the bug during the game jam unfortunately ^^

Thanks for giving it a try.

I agree that the game needs a LOT more polish and attention. But thanks anyway for showing it.

Reply
The Fringe3 years ago(+1)

I split this video with another game, hope you dont mind 🙂 I love the whole mirror idea... really plays with the mind

Thank you for playing through our game. I really enjoyed watching you play it :)

The game was interesting and felt really intuitive. Though I ran into an interesting bug(?) with the growing box. Not sure if that's intended. Either ways, nice job.

Here's my channel for other games I have played. http://www.youtube.com/c/Levont

Thanks for the video it was great. Really enjoyable to watch. Your reactions where hilarious. For the box part, yes it was a glich because we intended to have mirrors that scaled you in size. But we scrapped that idea in the end because of time.

Thanks again for the video ^^

This is an incredibly solid game for a jam and delivers on the puzzle and horror it promises well (something I admit wasn't expecting). The theme was used to great effect and in a way where it feels natural to the experience and really unobtrusive. Even though I would like an option to turn motion blur off and the walls are a bit buggy, I fully expect this to be on the Extra Credits video! :D

Thank you. I really appreciate your feedback and I am so happy you liked it :D

This is really cool!

The red button sound was funny^^ The level was interesting and the mechanics/goals were intuitive without a tutorial.

What I expected at the beginning was that when I open the first door in the parallel world that it is also open in the "real" world, but the confusion added to the atmosphere :)

I agree that we should have committed even more to the whole mirrored world gimmick. Thank you for your feedback :D

This game looks really interesting! I really like Psychological horror but unfortunately I have a Mac. Do you think there will be a version for the Mac in the future?

I don't know if you've heard of Game Development World Championship before (gdwc2019) but it's a competition for indie game developers where they can submit their games and it's free! It's great if you want some more visibility for the game and it only takes a couple of minutes to join :)

We may consider building this game also for Mac. And thank you very much for the gdwc heads up :) 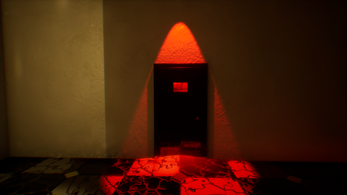 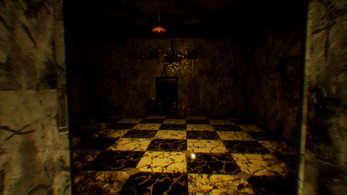 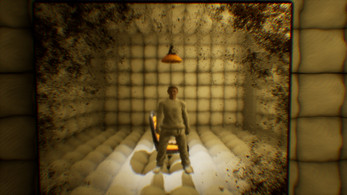 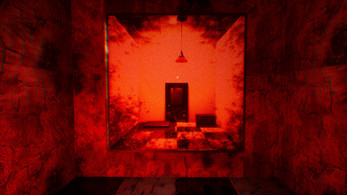 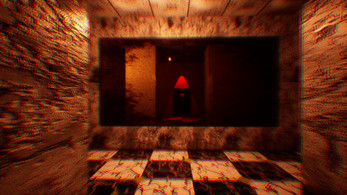